Woodruff Park in the heart of Atlanta's CBD is a popular homeless enclave and has suffered a number of vagrancy related social issues.  Perhaps the most pressing issues facing community services, law enforcement and local business owners was the disruption associated with lack of public restroom facilities at the small city park.

With no public restrooms in the area transients resorted to using the pavements and surrounding gardens as restrooms which created friction with local business owners and the general public.  Foot traffic declined as customers began avoiding the area and negatively impacting the businesses adjacent to the park.  In addition offices close to the park were caused nuisance by constant requests from the homeless to use their staff facilities.

There was also little law enforcement could do to enforce vagrancy laws as simply moving the issue temporarily "down the road" failed to address the core need for public restroom facilities.  Business owners were opposed to installing a restroom fearful of the prospect that its presence would encourage even more homeless people to move into the area.

Portable Restrooms - Annual rental costs of $2.6k per cubicle per location (excluding security costs) were considered inefficient.  In addition, the portable lightweight structure was susceptible to damage from fire and often became the subject of altercations between the community and the squatters using the cabinet restrooms as shelters.  These types of units were also not adequately wheelchair accessible.

Single Skin Direct to Sidewalk Unit - This form is prone to loitering and squatting as they are are locked from the inside resulting in abuse by vagrants occupying the units for extended periods rendering them unusable to others.  While the vented slots allow observation from the exterior these forms require regular security attention.  Human waste is often also washed out onto the walkways during cleaning as these installations connect directly to the sidewalk surface.

Traditional Concrete Block - While relatively lower cost for the initial outlay compared with other forms the manual design creates a lockable environment that the homeless take over as a shelter.  This results in round the clock policing adding up to $58k to the annual operation budget for the park.  In addition, project cost submission often underestimate development and architectural consulting costs resulting in potentially embarrassing budget blow outs.

System Integrated Restroom - Self cleaning and remote monitoring coupled with automatic doors with a timed occupancy features (maximum use time of 10 minutes) means that the homeless cannot shelter for extended periods and cannot use the unit to bathe. The fully integrated structure means that there are no additional consultancy fees and the prefabricated construction makes commissioning fast which reduces any inconvenience to the public during installation.  The systems approach means that security costs are minimized and while a permanent structure, the restroom can be relocated which future proofs the investment allowing re-deployment if the needs of the location or community change.

Exeloo Titan Model Public Restroom - The concrete shell addressed council concerns over resilience to vandalism and the sensor based operation and timed occupancy control created a more hygienic environment for an at-risk population.

Demonstrated leadership in addressing a pressing social and community issue.  The reduced operational costs from cleaning and security management along with an improvement in hygiene for users reduced the social impact for the community.

The timed occupancy feature eliminated the squatting activity and discouraged the homeless from using the restroom as a laundry and bathing sanctuary.  This encouraged more use of nearby social shelters that were already in place but not frequented by the homeless community.

Significant improvements in cleanliness around the park encouraged foot traffic to return to the area over time and business owners observed a dramatic fall in requests to use their facilities.  There was no detectable increase in the number of homeless frequenting the park with one local observing that the homeless seem to be taking greater care of the area than before.

A significant reduction in police call-outs to disturbances from clashes between the homeless and residents and an improvement in their ability to enforce nuisance bylaws given that a facility was readily available to be used.  Adjacent shelter organisations registered that they were seeing and increase in contact at the shelters from some of the more vulnerable members of the homeless which improved monitoring and support. 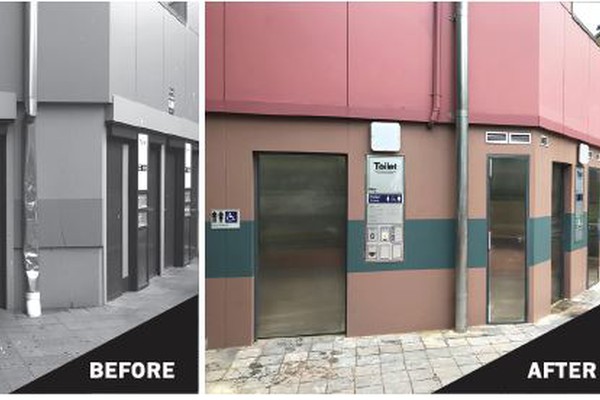 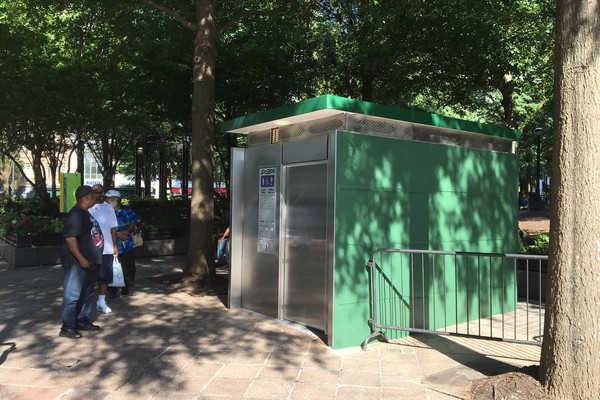 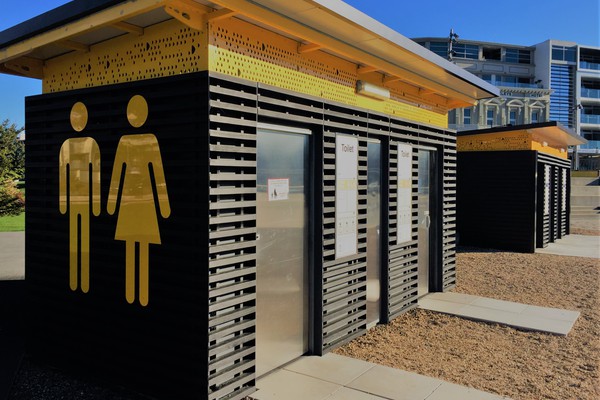 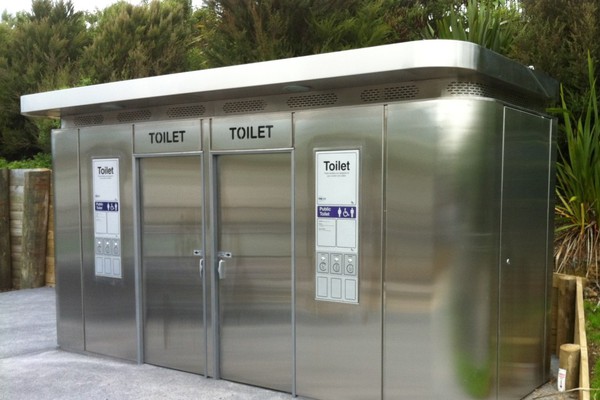 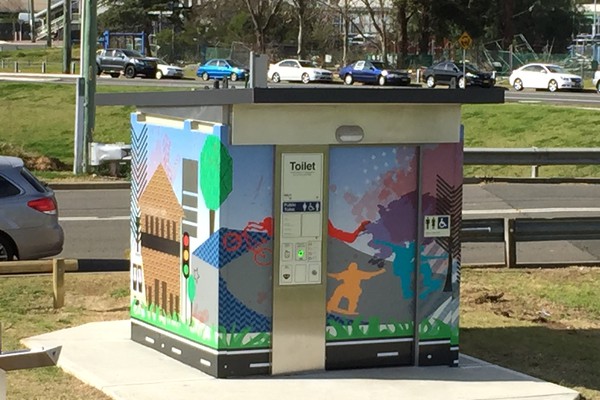 Constructed in precast concrete from an arrow shaped mould with SIP roof panels&nbsp;the&nbsp;SATURN model offers the ultimate in&nbsp;vandal resistance.&nbsp;&nbsp; Available with a variety&nbsp;of visual profiles, the SATURN unit can be&nbsp;configured …